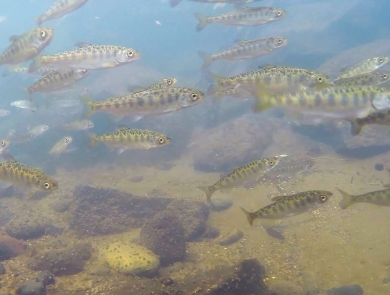 Our Partners
Endangered salmon returned home for first time since 1940s
When scientists proposed moving endangered winter-run Chinook salmon into historical habitat upstream of Shasta Dam this summer, they expected some people would doubt the seemingly new idea could work. But it wasn’t a new idea at all, and it had been proven long ago.
Aug 31, 2022 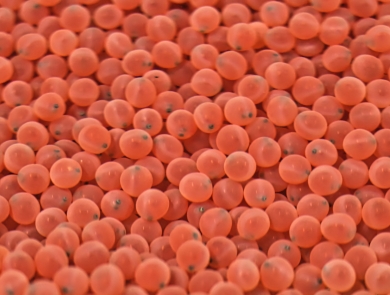 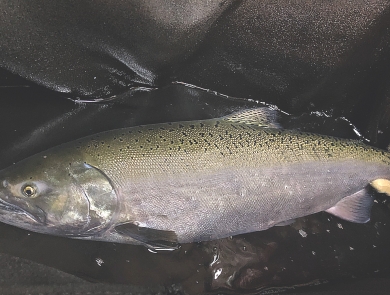 Wildlife Management
Endangered California salmon returned to safer waters after more than a century
*** A Joint News Release Issued by the California Department of Fish and Wildlife; the U.S. Fish and Wildlife Service; and the Bureau of Reclamation*** State and federal biologists have begun moving endangered adult winter-run Chinook salmon to the upper reaches of Battle Creek and threatened...
May 5, 2022 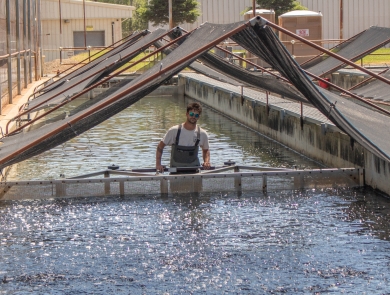 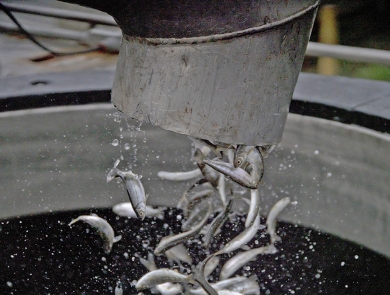 Migratory Species
Reclaiming the lost population
Winter-run Chinook salmon are unique in that they spawn during the summer months, from mid-April to mid-August, when California is at its hottest. This proved to be catastrophic in 2014 and 2015 when the drought killed nearly the entire in-river juvenile salmon population.
Apr 18, 2019
View All News

The hatchery is closed to the public.

Livingston Stone National Fish Hatchery is a substation of the Coleman NFH. The hatchery first began operation in 1997 and released the first winter Chinook salmon in April 1998.

Adult salmon enter freshwater from the ocean in November and December and migrate to the upper reaches of the Sacramento River and spawning typically occurs from May-August, peaking in June and July.   Adult fish, known as broodstock broodstock
The reproductively mature adults in a population that breed (or spawn) and produce more individuals (offspring or progeny).

Learn more about broodstock , are captured at the Keswick Dam and transferred to Livingston Stone NFH for spawning.  At the hatchery fish are genetically tested to confirm that the fish are winter-run and not a different run of Chinook.  They are also tested for relatedness to decrease the chance of inbreeding and maximize the genetics diversity.  Prior to release all juvenile fish receive a coded-wire tag and an adipose-fin clip.

Livingston Stone NFH also houses a refugial population of Delta Smelt (Hypomesus transpacificus) for the UC Davis Fish Conservation and Culture Lab (FCCL).  The delta smelt is a small fish (5"-7") endemic to the San Francisco Bay-Delta and is currently listed as endangered under the California Endangered Species Act.  They typically only live for one year and die after spawning.  At the hatchery they are housed separately from the Chinook; their water source is disinfected with UV and the water is temperature controlled.  Their diet consists of rotifers for young fish and artemia for larger fish.