One of the midwest’s newest national wildlife refuges is celebrating its 10th anniversary this week. Hackmatack National Wildlife Refuge was established to connect and restore a large landscape that includes blocks of grasslands, wet prairies and natural streams interspersed with cities and towns. Help us mark the occasion by learning a little about what makes this young refuge so special.

Located in southeastern Wisconsin and northeastern Illinois, Hackmatack was built from the ground up by the conservation community. The refuge was authorized on July 10, 2012, and officially established on November 6, 2012, with a 12-acre habitat easement donation from Chicago-based Openlands, an organization dedicated to the protection of the natural and open spaces of northeastern Illinois and the surrounding region. The refuge, now 213 acres, has grown as a true partnership effort that involves many local, state and federal agencies, along with citizen-driven groups.

Hackmatack is a great place to get involved with people who want to make a difference in their local community. We’ve been partnering with Friends of Hackmatack and the McHenry County Conservation District to provide environmental education and conservation workdays over the past decade. Opportunities range from pulling garlic mustard and other invasive plants, to learning about capturing and banding birds firsthand.

As the refuge continues to grow, it will provide a future place to welcome millions of people from the Milwaukee-Chicago area to find wildlife observation, photography and other quality recreation. We aim to reconnect this huge population with nature and provide outdoor educational opportunities to children, their families and all nature-curious folks.

Hackmatack is home to special wildlife and habitats

Hackmatack provides habitat for more than 100 species of concern, including almost 50 species of birds and one very special reptile - the Blanding’s turtle. These secretive turtles nest in sandy uplands and rely on shallow, slow-moving streams and wetlands where they eat aquatic plants and insects. The habitat they need is disappearing, and they are designated as a Species of Greatest Conservation Need in both Wisconsin and Illinois.

This area historically consisted of wetlands, oak savanna, woodlands and prairie. Today, apart from existing conservation estate land, only small, often isolated pockets of these habitats exist on the refuge. The landscape also includes the sculpted remnants from its glacial past.

The refuge gets its name from the Algonquin Indian word for the tamarack tree. Known by different names to different people over the centuries, tamaracks are also called eastern larch, American larch, black larch, takmahak and hackmatack.

What’s next for Hackmatack?

“Carl Sandburg once said that ‘nothing happens unless first a dream.’ The dreams of many were realized when Hackmatack National Wildlife Refuge was formally established and, together with our partners, actively bringing people and nature together,” noted president Steven Byers with Friends of Hackmatack.

Currently, the Friends of Hackmatack are busy applying for grants to restore wetlands within the footprint of the refuge and are doing great work. "We are looking to build on decades of riparian riparian
Definition of riparian habitat or riparian areas.

Learn more about riparian restoration work along Nippersink Creek by member organizations of The Hackmatack Land Protection Partnership that has resulted in over eight miles of stream restoration since 1999,” said board member Ed Collins with Friends of Hackmatack.

Visitors can get a glimpse of what future Hackmatack restorations could look like by visiting Glacial Park and the Lost Valley Visitor Center, managed by the McHenry County Conservation District. Here, visitors can experience a full suite of wetland birds, including the iconic whooping crane - often spotted during breeding season or during migration. 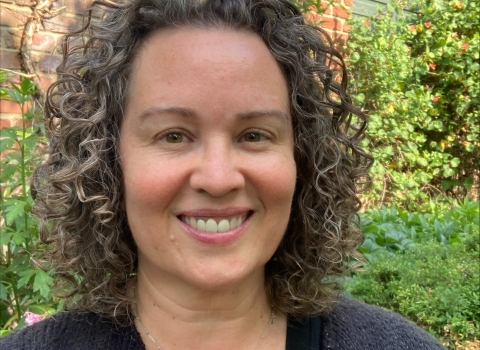