How Will Climate Change Affect Fish Populations And How We Manage Them?

The most direct effect of climate change climate change
Climate change includes both global warming driven by human-induced emissions of greenhouse gases and the resulting large-scale shifts in weather patterns. Though there have been previous periods of climatic change, since the mid-20th century humans have had an unprecedented impact on Earth's climate system and caused change on a global scale.

Learn more about climate change on fish populations is expected to be from changes to water temperature and water availability, which can affect individual growth, survival, and movement. To inform how changes in temperature and stream flow might affect fish populations of interest, we have built probabilistic models and modeling frameworks that use future climate data as inputs and generate predictions for habitat suitability, occurrence of target species, or production. Managers can use these predictions to inform current and future conservation actions, so that the decisions are robust to anticipated climate change. Currently, we are collaborating with biologists in the FWS Fisheries and Aquatic Conservation program in the Pacific region to evaluate how climate change may affect Pacific salmon production at 15 National Fish Hatcheries and suggest strategies to mitigate and plan for current and anticipated challenges. 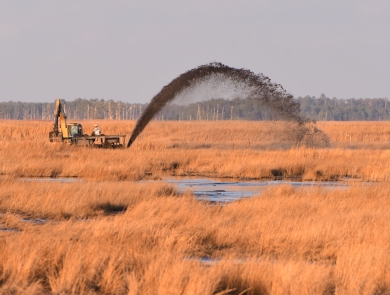