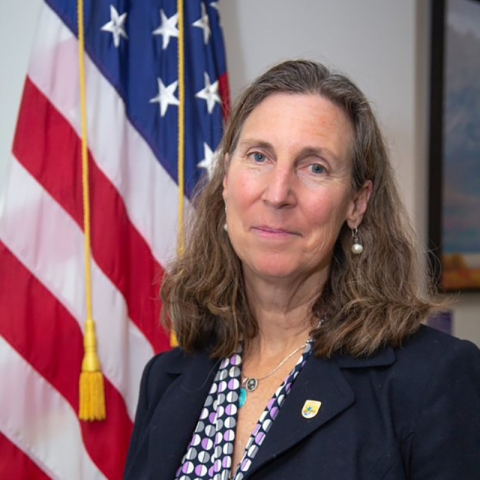 Growing up on a farm in Maryland, Martha Williams gained an appreciation for open lands, waters, wildlife, and people. This passion led her to the wild places of the West and a career spent fostering a love of the outdoors and stewarding the protection of natural resources.

Williams was appointed to the Service as Principal Deputy Director in January 2021. Preceding her appointment, she served as the Director of the Montana Department of Fish, Wildlife and Parks from 2017 to 2020. As State Director, Williams delivered leadership that embraced the diversity of Montana’s natural resources and outdoor recreational values that also incorporated public expectations and values into the agency’s direction. Representing Montana and the state perspective, Williams chaired the Interagency Grizzly Bear Committee and was a member of Joint Federal/State Task Force on Federal Assistance Policy. She also served a term as the Vice President of the Western Association of Fish and Wildlife Agencies.

Previously, Williams was an Assistant Professor of Law at the Blewett School of Law at the University of Montana in Missoula, Montana. In addition to teaching fundamental environmental law courses related to public lands and resources, property, climate change climate change
Climate change includes both global warming driven by human-induced emissions of greenhouse gases and the resulting large-scale shifts in weather patterns. Though there have been previous periods of climatic change, since the mid-20th century humans have had an unprecedented impact on Earth's…


, and wildlife, Williams co-directed the university’s Land Use and Natural Resources Clinic and co-supervised the Public Land and Resources Law Review and the Environmental Law Group.

During the Obama Administration, Williams served as Deputy Solicitor Parks and Wildlife at the Department of the Interior for two years, providing counsel to the National Park Service and the Fish and Wildlife Service on issues arising in parks and recreation, fish and wildlife, environmental protection, natural resources assessment and restoration, and land and water conservation law.

From 1988-2011, Williams was agency legal counsel for the Montana Department of Fish, Wildlife and Parks, where she advised and represented the department on real estate transactions, Endangered Species Act policy and litigation, and on state and national environmental policy acts. During her tenure, she also taught continuing legal education classes on real property law and on public participation in government. 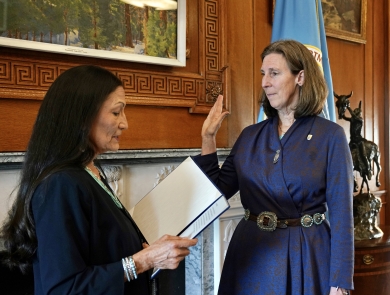