Attwater’s: A little grouse on the prairie

Image Details
Attwater’s: A little grouse on the prairie
Research in predator deterrence shows promise for an endangered prairie-chicken

It’s named after Henry Attwater, a British-born naturalist who collected specimens of the curious prairie grouse for the Smithsonian in the 1890s. The Attwater’s prairie-chicken was then by its very nature limited in its natural distribution—the Texas Gulf Coast and southwest Louisiana. By 1920, the bird’s range was reduced to patchy pockets of populations in Texas. Attwater’s prairie-chicken was one among the suite of organisms placed on the original endangered species list in 1967. Fifty years ago, Attwater’s name would grace a new wildlife refuge: Attwater Prairie Chicken National Wildlife Refuge.

The refuge located 60 miles west of Houston is comprised of essential vestiges of habitat for a bird that has come precariously close to extinction. There, biologists have conserved habitat and conducted needed research on the life history of this southern-most prairie grouse.

There are three subspecies of greater prairie-chicken: the heath hen occupied grasslands from New Hampshire southward to Virginia, and became extinct in 1932. The greater prairie-chicken proper originally lived on the Great Plains from central Texas northward to the south end of the Canadian prairie provinces, but its ranges has been greatly reduced. Attwater’s prairie-chicken is the third and it’s come close to suffering the same fate as the heath hen. The two remaining subspecies look similar but outwardly, the Attwater’s is slightly smaller and darker. And this is curious: the greater prairie-chicken develops a comb-like structure structure
Something temporarily or permanently constructed, built, or placed; and constructed of natural or manufactured parts including, but not limited to, a building, shed, cabin, porch, bridge, walkway, stair steps, sign, landing, platform, dock, rack, fence, telecommunication device, antennae, fish…

U.S. Fish and Wildlife Service wildlife biologist, Dr. Michael Morrow, is himself a product of the prairie, a Kansas native earning degrees in biology and wildlife management from Kansas State and Texas A&M. For the better part of three decades, Morrow and colleagues have endeavored to learn more about the how the bird makes a living. Morrow witnessed the nadir in Attwater’s numbers in the mid-1990s. He watched foul weather such as hurricanes ravage the coast—and the endangered bird respond as you might expect to such great perturbations. He and colleagues discovered the spread of invasive fire ants and the toll it took on poults—not as predators but competitors. Ants and young chickens each rely on the same food sources, small bugs. Young Attwater’s prairie-chickens could not withstand the competition. Refuge biologists suppressed the ants and the native prairie-chicken positively responded.

Nesting Attwater’s prairie-chickens face predation, as all birds do. Recent research by Morrow has revealed the utility in protecting nests from natural predators. Eradicating nest predators such as raccoons, opossums, skunks, foxes, snakes and coyotes is hardly practical and could be disruptive to the prairie grouse. But erecting fencing around nest sites has its promises. The data show that fencing out predators improves nesting success—most significantly. The findings from the research were published in the Journal of Fish and Wildlife Management.

The amount of data in the favor of fencing is robust. Morrow examined predator deterrent fence data from over a 20-year span. Fences were composed of hardware cloth, about three feet tall and 25 to 50 feet long on a side. Their utility in conserving the rare bird were obvious: 82 percent of nests inside predator exclosures were successful compared to only 12 percent success in nests outside of fences. There was no indication that the presence of fencing increased nest abandonment or diminished the proportion of eggs hatched. 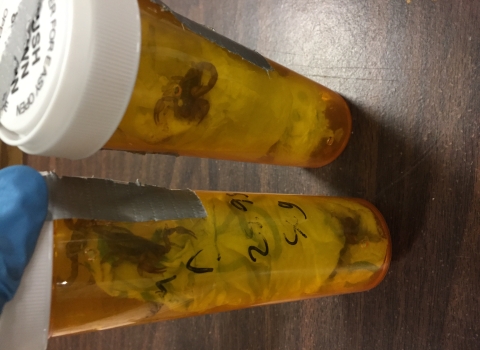 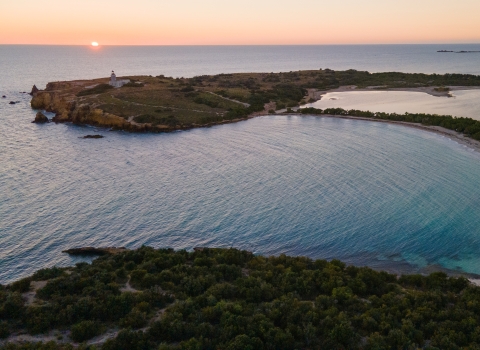 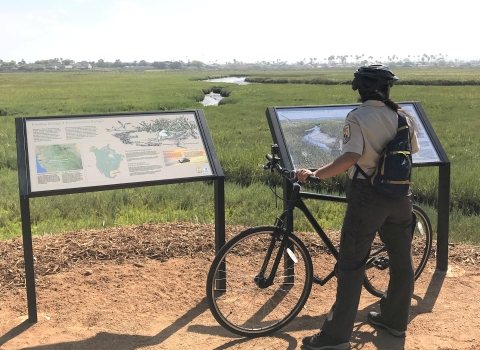