North American Model of Wildlife Conservation: Wildlife for Everyone

Hunting and wildlife conservation. At first blush, the two might seem to be at odds.

How can you promote wildlife conservation by hunting for the same animals you’re working to save? Welcome to the North American Model of Wildlife Conservation, a model that is truly unique in the world.

From its inception in the late 1800s, hunters, anglers and recreational shooters have been the driving force behind this set of home-grown wildlife management principles, which set forth the then-radical idea that wildlife belongs to everyone, not just the rich or privileged.

In our nation’s early years, there were few laws protecting fish and wildlife, and our wildlife resources took a heavy toll. Market hunters took fish and wildlife at will while habitat disappeared under plow and roads, resulting in devastating reductions in wildlife populations. Some species, like the passenger pigeon, were exploited to the point of no return; others such as bison, white-tailed deer and wild turkeys, were pushed to the edge extinction. Concerned leaders within the hunting and fishing community banded together, and used politics and power to make great strides for conserving our vast wildlife resources. 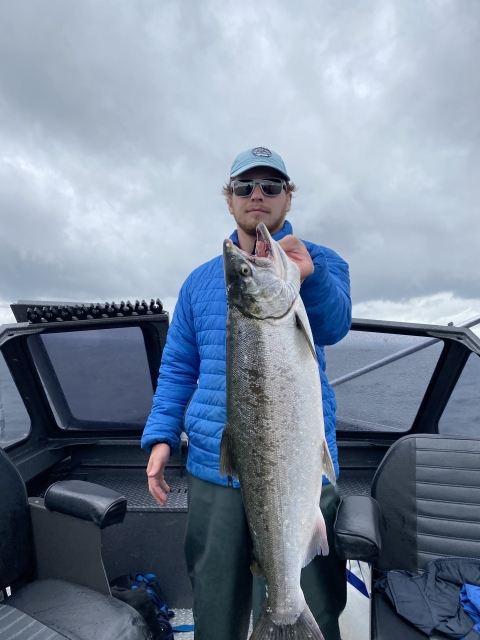 As the tides turned for conservation, important laws were passed, including the Migratory Bird Treaty Act of 1918, the Migratory Bird Hunting and Conservation Stamp Act of 1934, the Wildlife Restoration Act of 1937, and the Sport Fish Restoration Act of 1950 (currently known as the Pittman-Robertson Act and Dingell-Johnson Act). Collectively, these acts laid the foundation for a funding mechanism to state wildlife management agencies and are a large part of the U.S. Fish and Wildlife Service’s history.

The acts formed a partnership between states, industry, and the federal government. They comprise, on average, more than 75% of a state fish and wildlife agency’s annual budget, according to the Association of Fish and Wildlife Agencies. The Service works closely with industry and states to ensure the funds are spent on conservation programs that meet the purposes of the acts. When hunters and anglers purchase equipment, they are contributing to benefits that everyone can share.

Today, through self-imposed excise taxes on hunting, shooting, archery and angling equipment, and a tax on boating fuels, hunters, recreational shooters and anglers have generated approximately $25.5 billion for wildlife and habitat conservation since 1937. These Wildlife Restoration and Sport Fish Restoration revenues, raised through the Pittman-Robertson Act and Dingell-Johnson Act, are managed by the U.S. Fish and Wildlife’s Wildlife and Sport Fish Restoration Program. In 2022, a record $1.5 billion was distributed to states and territories through the program.

The funds from these manufacturer-paid taxes can only be used by state and territorial wildlife agencies for a primary wildlife purpose, such as purchasing public land, improving essential habitat and creating additional outdoor recreation opportunities that also benefit hikers and bikers, wildlife and wildlife watchers, canoeists, and campers. States and territories also use these funds to support hunter education and development, and the construction and operations of target ranges.

The North American Model of Wildlife Conservation, however, is about more than money. It’s a philosophy.

Tenets of the North American Model

The North American Model of Wildlife Conservation has seven basic tenets that support the notion that wildlife is a public trust, an American birthright, and that wildlife species need to be managed in a way that their populations will be sustained forever. These seven tenets are:

•    Wildlife as Public Trust Resources: Natural resources and wildlife on public lands are managed by government agencies to ensure that current and future generations always have wildlife and wild places to enjoy.
•    Prohibition on Commerce of Dead Wildlife: Commercial hunting and the sale of wildlife is prohibited to ensure the sustainability of wildlife populations. The Lacey Act, which the Service has a role in enforcing, prohibits trade in wildlife, fish, and plants that have been illegally taken, possessed, transported or sold.
•    Rule of Law: Laws and regulations developed by the people and enforced by state and federal agencies will guide the proper use of wildlife resources.
•    Opportunity for All: Every citizen has an opportunity, under the law, to hunt and fish in the United States and Canada. This differs from many other countries.
•    Wildlife Should Only be Killed for a Legitimate Purpose: Individuals may legally kill certain wild animals under strict guidelines for food and fur, self-defense, and property protection. Laws prohibit the casual killing of wildlife merely for antlers, horns or feathers or the wanton waste of game meat.
•    Wildlife as an International Resource: Because wildlife and fish freely migrate across boundaries between states, provinces, and countries, they are considered an international resource.
•    Scientific Management of Wildlife: The best science available will be used as a base for informed decision-making in wildlife management. It’s important to note that management objectives are developed to support the species, not individual animals.

How can you get involved?

Wildlife is a priceless part of our national heritage and the sportsperson-funded North American Model of Wildlife Conservation keeps the emphasis on long-term management. This focus benefits a wide range of fish and wildlife, including non-game species, as well as everyone who enjoys nature. There are several ways you can help support conservation, even if you’re not a hunter or angler.

•    First, buy a hunting or fishing license every year even if you don’t hunt or fish. The license fee goes directly to the state wildlife agency to help with all types of wildlife management. As an added bonus, license sales also help determine Pittman-Robertson and Dingell-Johnson distributions to states.
•    Second, get a Federal Duck Stamp. For every dollar spent on Federal Duck Stamps, 98 cents goes directly to purchase vital waterfowl habitat for protection in the National Wildlife Refuge System. It has raised more than $1 billion and protected 6 million acres of waterfowl habitat since 1934. A Federal Duck Stamp also gets you free admission to the Service’s National Wildlife Refuges, which help protect our wildlife and offer some great hunting, fishing and wildlife watching opportunities.
•    Third, introduce someone to hunting or fishing. Through the R3 initiative, the Service is working with state agencies and partners to recruit, retain, and reactivate hunters and anglers, and, in turn, support conservation. Please take someone new on your next hunting or fishing adventure.
As you can see, the relationship between hunters, anglers and wildlife conservation is truly special and incredibly intertwined. Let’s keep the tradition, and wildlife conservation, going strong. 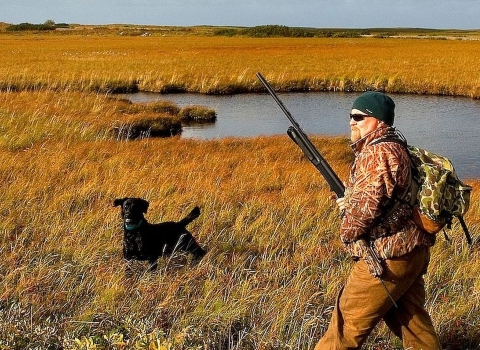 Recreation
Tips for Hunters and Non-Hunters 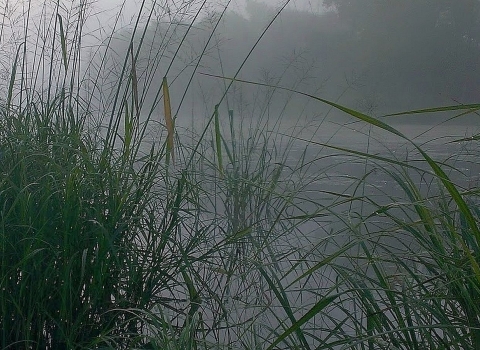 Recreation
Why Hunting Is Allowed on Refuges 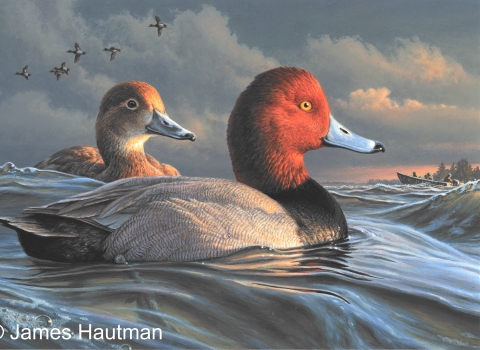 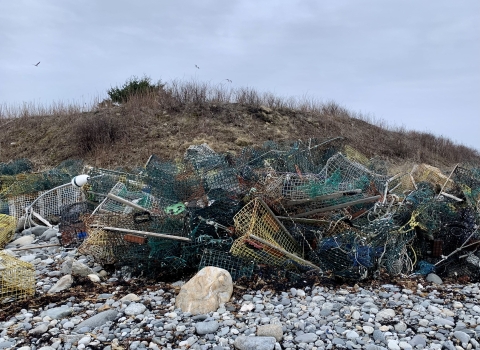 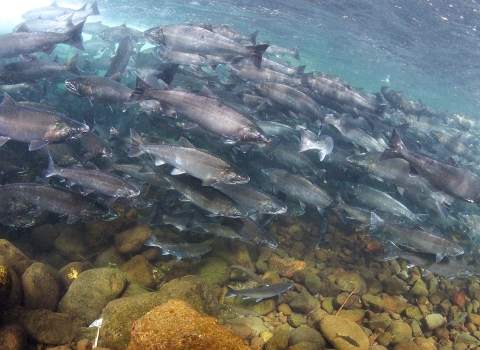 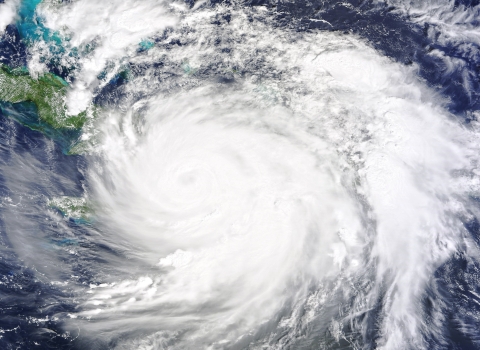