Joint Base McGuire-Dix-Lakehurst in New Jersey is the only Department of Defense installation in the country that’s home to all six branches of the armed forces.

It’s also one of the few that’s home to a branch of the U.S. Fish and Wildlife Service.

Since 2018, federal wildlife officer Terrance Butler has been stationed at the installation as part of the U.S. Fish and Wildlife Service-U.S. Air Force Conservation Law Enforcement Partnership Program. The unique collaboration was created in 2017 as part of the reauthorization of the Sikes Act, which requires DoD installations to develop natural resource management plans in coordination with state and federal conservation agencies.

The Conservation Law Enforcement Partnership responded to a need for expertise in natural and cultural resource protection on installations, like Joint Base McGuire-Dix-Lakehurst, that have significant resources and recreational opportunities. Encompassing 42,000 acres in two counties in the New Jersey pine barrens, the installation covers an area the size of Cape Cod National Seashore. Last year, 11,000 people sought permits for fishing, hunting, and wood collection on its grounds.

But Butler does more than fill the conservation law enforcement niche.

“I’m a force multiplier,” he explained.

In addition to supporting resource protection needs, safety, and emergency response at the installation and nearby National Wildlife Refuges, Butler plays a role in community outreach and education.

“I do outreach events at schools or for special events, and assist the staff at John Heinz National Wildlife Refuge with outreach in Philadelphia when they request it,” Butler said.

He also steps up to help where needed as part of the broader team at the installation.

When the base welcomed 14,000 Afghan refugees in 2021, Butler was instrumental in suspending hunting in areas adjacent to the quarters where the guests were staying. But he went beyond his regular duties to help conduct safety checks in the housing before they arrived.

“I took off the law-enforcement cape and said: Whatever you need, I can help out.”

Butler’s dedication to his work and to the partnership earned him the Natural Resources Conservation Management Award for enforcement from the National Military Fish and Wildlife Association this year.

But even when receiving recognition, he’s focused on the partnership. “You’re only as good as your support,” Butler said. “I consider this a group accolade.”

Throughout his childhood in north Florida, Butler was immersed in nature. He went fishing and hunting with his dad, took part in 4H, Boy Scouts, and Future Farmers of America, and swam in spring-fed pools and the St. Johns River.

In fact, his first encounter with a conservation officer took place while swimming in the river when he was 13. “We thought we were in trouble for swimming too close to manatees, but he just wanted to educate us about water moccasins,” Butler said.

That positive early interaction may have planted a seed, but it didn’t germinate for years. “I took a road less traveled to my career in conservation,” he said.

In part because he started on a road that few get to tread. After four years playing Division 1 college football for the University of Louisville Cardinals, Butler played a season on the practice squad for the Detroit Lions. He then transitioned into coaching, earning a master’s from the University of Arkansas and landing a job with the Houston Texans.

“But once I reached that level, I realized it wasn’t for me,” he said. “In all my free time, I would go out hunting and fishing.”

He started looking for openings with the U.S. Fish and Wildlife Service, but the field was highly competitive, so he took an alternative path to the government through the Federal Bureau of Prisons.

Combined with his coaching background, he said his experience working in prisons honed the outreach skills he uses regularly in his work as a conservation law enforcement officer today.

“Working in the prison system really taught me how to talk to people on a variety of different levels,” Butler said.

After three years in the Bureau, he applied to the Service again, and was among the first six officers hired for the new Conservation Law Enforcement Partnership.

As part of the first cohort, Butler was driven to help make the fledgling program a success.

"It meant a lot to have the opportunity as a new employee to be entrusted with this partnership,” he said. “It was challenging at times, but we kept our sights on the big-picture reason it was put in place.”

Just a few years in, their dedication is already paying off. “We’re to the point where it’s expanding — more branches are reaching out for assistance,” Butler said.

For Butler, the real measure of success is the strength of the relationships underpinning the partnerships, and he said a regional refuge law enforcement meeting in March 2022 that leadership from Joint Base McGuire-Dix-Lakehurst attended was a significant milestone.

“It was so important to get everyone together in the same room to share what we do and talk about our common goals,” Butler said.

In a presentation he gives about the program, Butler emphasizes that ultimately, a partnership reflects the commitment each individual brings to the table:

“Start with you...Your small difference is what makes the partnership better."

Butler is leading by example. 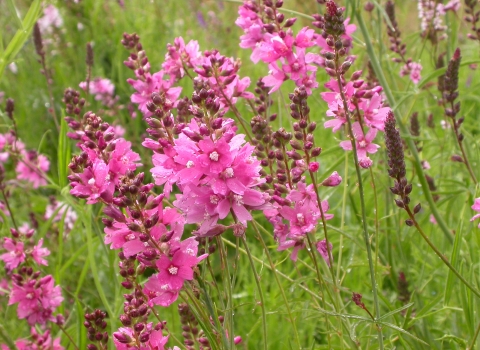 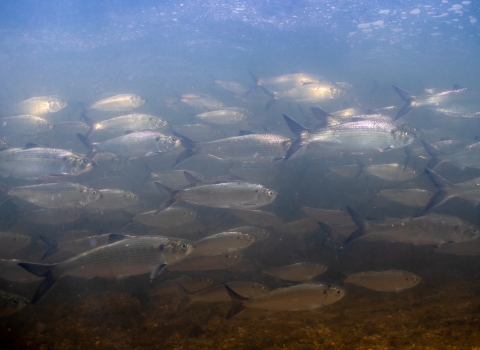 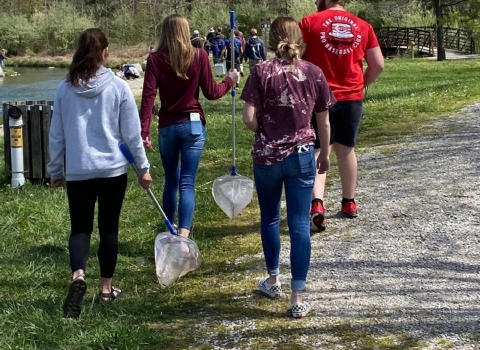 For Parents and Educators
Environmental Education