Image Details
Using a Gentle Touch to Keep Tabs on One of America’s Smallest Endangered Species
Conserving endangered species is often hamstrung by limited knowledge. What happens when gaining that knowledge could mean damaging the very place the animal lives?

Asheville, N.C. - You can log onto the internet and follow a tagged great white shark along the eastern seaboard. The location of a red wolf can be tracked with a neck collar emitting a signal picked up by antennae. The same technology was used to follow imperiled gray bats in western North Carolina. The endangered spruce-fir moss spider tops out at the size of a match head. How do you find such a creature, much less keep tabs on its status?

One of the fundamental challenges of endangered species conservation is being able to get an idea of how well a plant or animal does over time - are populations deceasing or increasing? This can be hard because data on endangered species is often collected sporadically or opportunistically. The resources often aren’t there to regularly track many rare species and when it happens regularly, it tends to be with large, charismatic species like wolves. Freshwater mussels? Not so much. Tiny spiders? Even less.

The spruce-fir moss spider is an endangered spider, maxing out at about the size of a match head. It was placed on the federal threatened and endangered species list as endangered in 1995. While many people may spend their careers specializing in whitetail deer or black bear, for the spruce-fir moss spider, there’s really only one… Dr. Fred Coyle, retired from Western Carolina University. Nearly everything we know about the spider today can be traced back to Dr. Coyle’s work, including the most robust, range-wide survey of the spider which he completed in 2009, providing conservationists with what remains the most complete picture of where the spider is found.

As the spider’s name implies, its range is very limited – living beneath mats of certain species of mosses and liverworts, collectively called bryophytes, growing on boulders beneath Fraser firs and red spruce, a forest that occurs only on the highest peaks in the southern Appalachians. In the entire world, the spider is only found at the top of the Virginia Balsams, Grandfather Mountain, Roan Mountain, the Black Mountains, Great Smoky Mountains, and the Plott Balsams. This extremely narrow habitat is limiting for the spider, but enabling for the biologist who learns to hone in on that habitat.

Actually putting eyes on one of these spiders means pulling back the bryophte mats where they live, risking long-term damage to the very place these spiders call home. If you’re a biologist charged with recovering an endangered species, the last thing you want to do is damage its habitat. That simple fact has prevented biologists from doing anything more than the very occasional, very sporadic check to make sure the spiders are still there.

But that is changing.

The first question to answer was…how detrimental is searching for these spiders to the bryophyte mats where they live? In 2017 and 2018, Dr. Cordie Diggins of Virginia Tech researched what happens to these mats in the months after they’re pulled from rock faces as they would be when searching for the spiders. She found the moss reattached within a year at the vast majority of her sixty study sites. She also discovered the rock face’s slope plays a large role in the mat’s ability to reattach – mats on very steep faces had less success reattaching, information that helps biologists minimize their impacts.

Dr. Diggins’s findings paved the way for tackling the second question - how to inventory these areas to learn about population status while minimizing impact to the spider’s habitat. The answer to that is you visit six pre-determined, 10-acre plots a year, and within each plot you pull back a handful of bryophytes at thirty spots across the 10-acres to check for spiders. You repeat at a different set of plots every year for six years. At the end of six years you’ve visited 36 plots, checked 1,080 mats for spiders and you have your first complete data set.

This monitoring protocol was developed by Dr. Catherine Jachowski, a Clemson University researcher who knows very little about the spider, but a lot about the ebb and flow of animal populations and how to collect data and use statistics to reveal that ebb and flow. Dr. Jachowski worked closely with Sue Cameron, the Service’s expert on the spider, to craft a plan that was scientifically robust, but also feasible and minimally impactful to the habitat.

In August, Dr. Jachowski delivered the protocol to the Service and for the first time in history, biologists had a way to sustainably, regularly collect data on the well-being of spruce-fir moss spider populations. Cameron wasted no time in implementing the protocol. In the first three months, she’s inventoried six plots, bringing along fellow staff to assist, and training North Carolina State Parks biologist Brian Bockhahn on the protocol, as the spider is found at two state parks – Mount Mitchell and Grandfather Mountain.

Preliminary results are good…of the six plots searched this year, the spider was discovered in three of them, including two where Fred Coyle came up empty handed in his searching. 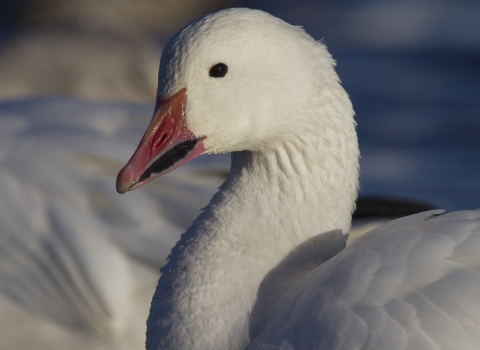 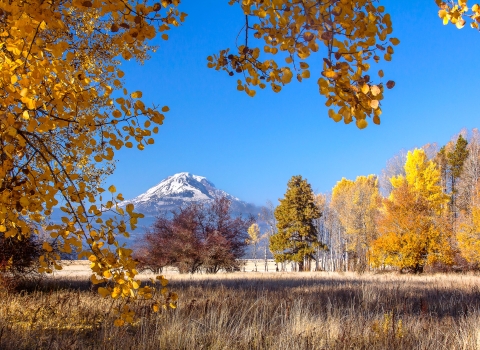 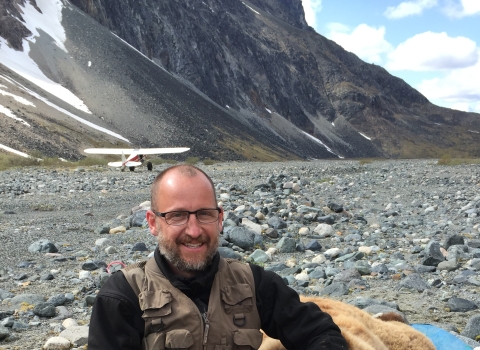