Learn more about structure at the Daniels Dam on the Patapsco River this year — an estimated 36,500.

In 2018, the total was just 36. Later that year, the Bloede Dam, the only downstream barrier on the Patapsco River preventing American eel from making their way to Daniels, was removed with support from the Disaster Relief Appropriations Act of 2013.

The law allocated more than $100 million to the U.S. Fish and Wildlife Service (Service) for work to make human and wildlife communities stronger after Hurricane Sandy. The National Oceanic and Atmospheric Administration (NOAA) Coastal Resilience Grant Program was also among several funders who sought to protect life and property, safeguard people and infrastructure, and conserve and restore coastal resources.

The $20 million project to remove the Bloede Dam was made possible through a partnership between American Rivers, Maryland DNR, NOAA, the Service, and Friends of the Patapsco Valley State Park. It has included a robust monitoring effort to document the ecological conditions of the river and the response of the aquatic communities led by MDNR’s Maryland Biological Stream Survey and Maryland Geological Survey, U.S. Geological Survey, the University of Maryland Baltimore County, and the Smithsonian Environmental Research Center.

"The Bloede Dam removal is a perfect example of how the Disaster Relief Appropriations Act funding improved quality of life for fish, wildlife, and people by targeting projects that offered both immediate and long-term benefits," said Rick Bennett, who coordinated the Hurricane Sandy resilience effort for the Service. "It really was an investment in the future."

The project responded to an immediate public safety need at Patapsco Valley State Park — the Bloede Dam had been the site of numerous injuries and deaths over the years.

"In addition to reopening important habitat for migratory fish, the removal of Bloede Dam has helped improve the public safety and resilience of the local community," said Mary Andrews, environmental engineer with the NOAA Fisheries Office of Habitat Conservation. "The project eliminated what had been a serious public safety hazard for decades, reduced the risk of flooding in Patapsco Valley State Park, and improved the ability of the ecosystem to withstand storms and severe weather.”

Removing the first downstream barrier on the river, which is a tributary to the Chesapeake Bay, reopened vital upstream habitat for a variety of aquatic species, including American eel. These catadromous fish, which migrate from the ocean to freshwater rivers as juveniles, can now access an additional 183 miles of habitat in the Patapsco River watershed, including tributaries.

“The fastest way to improve a river's health is by removing a dam, and the Patapsco River is a prime example,” said Jessie Thomas-Blate, director of river restoration for American Rivers.

Notably, the proportion of eels at upstream monitoring sites that are juveniles, like those using the passage structure at Daniels Dam, is also growing. Biologists have been able to track the increasing numbers of young eels accessing upstream habitat because the structure was designed with their needs in mind.

“The climbing substrate inside the ladder is a loosely woven plastic mat and is ideal for these small eels, which squirm and climb through the fibers like a snake, rather than swimming like a fish,” explained William Harbold, a natural resource biologist with Maryland DNR who monitors eels at the Daniels ladder.

After squirming their way up the ladder from the downstream side of the dam, eels drop into a mesh bag in a 250-gallon holding tank, where they are counted, weighed, and released.

Maryland DNR has been monitoring three sites upstream of the Daniels Dam since 2013 as well. Harbold said there were also more eels, and smaller eels, collected at these sites between 2019 and 2022 than during the period before the removal of the Bloede Dam.

When Bloede Dam was still in place, any juvenile eel attempting to migrate upstream would meet this obstacle. The dam had a baffle fishway, made up of a series of vertical slots, that was intended for shad and herring, and many migrating eels were unable to navigate past this barrier. This left more juvenile eels stuck in crowded habitats downstream of Bloede Dam, with relatively few making it into the more open habitats upstream.

Upon the dam’s removal, juvenile eels were released from the bottleneck in the river, resulting in the corresponding surge in numbers upstream.

Other aquatic species have also responded. The removal of the dam opened 65 miles of spawning habitat for blueback herring, alewife, American shad, and hickory shad. In 2021, Maryland DNR documented small numbers of herring upstream of the site of the Bloede Dam for the first time in more than a century.

Since Hurricane Sandy struck the East Coast in 2012, the Service has helped fund 32 coastal resilience projects in 11 states, using more than $100 million from the Disaster Relief Appropriations Act. Twelve dam removals, including Bloede, have restored nearly 100 miles of mainstem river to their natural state. 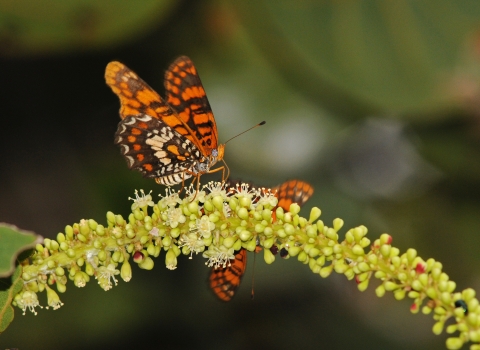