Camas National Wildlife Refuge is usually a quiet place to immerse yourself in nature.

Tucked away in eastern Idaho, the 11,000-acre refuge is located in a rural farming area. In addition to a multitude of wildlife, visitors find picturesque 270-degree views of the Teton, Centennial, Beaverhead, Lemhi and Lost River mountain ranges.

Beginning this summer, however, the chirping of birds will be replaced with the growl of heavy machinery.

The refuge has kicked off a $7.8 million project with Great American Outdoors Act Great American Outdoors Act
This landmark conservation law, enacted in 2020, authorizes the use of up to $1.9 billion a year in energy development revenues for five years for needed maintenance to facilities and infrastructure in our wildlife refuges, national parks, forests, recreation areas and American Indian schools.

“This will be an incredible improvement for Camas National Wildlife Refuge – for both our wildlife and our visitors,” said refuge manager Brian Wehausen. “The combination of climate change climate change
Climate change includes both global warming driven by human-induced emissions of greenhouse gases and the resulting large-scale shifts in weather patterns. Though there have been previous periods of climatic change, since the mid-20th century humans have had an unprecedented impact on Earth's…

Learn more about climate change , reduced snowpack and changes in local agricultural practices since the 1980s have altered the hydrology of the area, making it difficult to manage water effectively. This project will make us a good neighbor through improved water use.”

The Great American Outdoor Act is part of the administration’s America the Beautiful initiative, which is a decade-long campaign to conserve, connect and restore 30% of our lands and waters by 2030. The effort aims to support locally led and voluntary conservation work across public, private, and Tribal lands and waters. This initiative will also create jobs and strengthen the economy’s foundation, tackle the climate and nature crises, and address inequitable access to the outdoors.

The majority of the Camas NWR project is expected to be completed by fall 2022.

“We’ll be using geo tech liners to line the porous delivery ditches on the refuge,” Wehausen said. “We will be able to accumulate more water in our priority wetland basins by eliminating the water loss in our delivery ditches, which will be a boon to waterfowl and other waterbirds.”

The refuge’s improvements will have a positive impact on people, too. Improvements include:

The refuge is also looking to the future with its infrastructure projects. The boardwalk will be made with a recycled material, which has a 50-year life expectancy and will significantly reduce the refuge’s cost to maintain. The refuge is also installing solar panels to offset power costs by providing green energy into the system. The three 100 kilowatt solar panel arrays, a first for a Service facility in Idaho, will offset about 80% of the electrical costs associated with providing water to the new habitat.

Camas NWR was established in 1937 to manage habitat to benefit nesting waterfowl. Birdwatching, photography, and hunting of waterfowl and elk are some of the primary uses of the refuge. 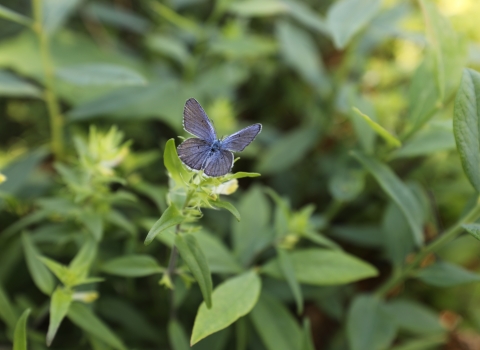 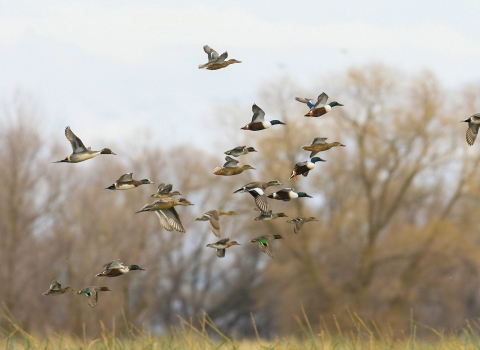 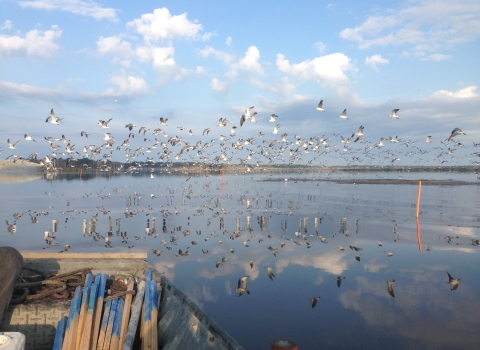